Nigeria: Police nabs man in Asaba on accounts of homosexuality

The Nigerian police in Asaba on Sunday the 2nd of July arrested a man from a bar, on accounts of homosexuality. 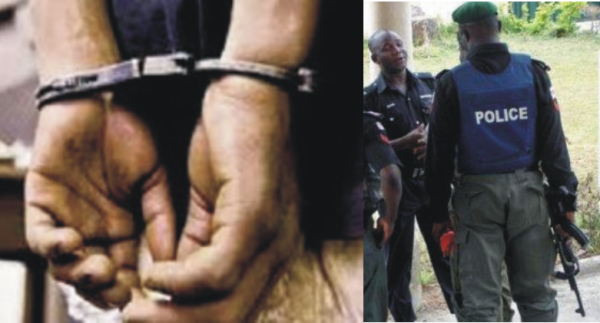 Picture for illustrative purposes only.

Police arrested Victor [not his real name] at the bar of a hotel after receiving complaints from a man who said that Victor bombarded him with unwanted advances and sent him obscene pictures on private social media chats, a local human rights activist made this known to NoStringsNG.com.

The activist said that Victor was lured to the hotel by the accuser who had already booked a hotel room and invited him [Victor] over. Victor upon his arrival to the hotel’s bar was immediately apprehended by the police who apparently were on standby.

Victor was then taken to the DSC roundabout police station in Asaba, where he was held in a cell. The accuser later demanded that the victim pays him the sum of #48,000 as reimbursement for the booked hotel room, or #500,000 if any third party apart from his parents gets involved.

In a play of corruption and with clear intent to extort the victim, it was concluded by the Divisional Police Officer [DPO] [names withheld] that the sum of #35,000 be paid in settlement of the case as the victim’s family begged for a lower amount. The victim was eventually released.

Human rights activists have seriously condemned the act, of people taking advantage of the vulnerable nature of LGBT persons due to the country’s hostility toward their sexual orientation. They have also warned that members of the LGBT community should be more cautious towards their interactions with people barely known to them, especially the ones they connect with on the internet.