NoStringsNG had an interesting exclusive Interview with Ikoro Iyineleda, founder of a Nigerian confraternity for homosexual men.

Read the full interview below.

1. So tell us, who is Ikoro Iyineleda? 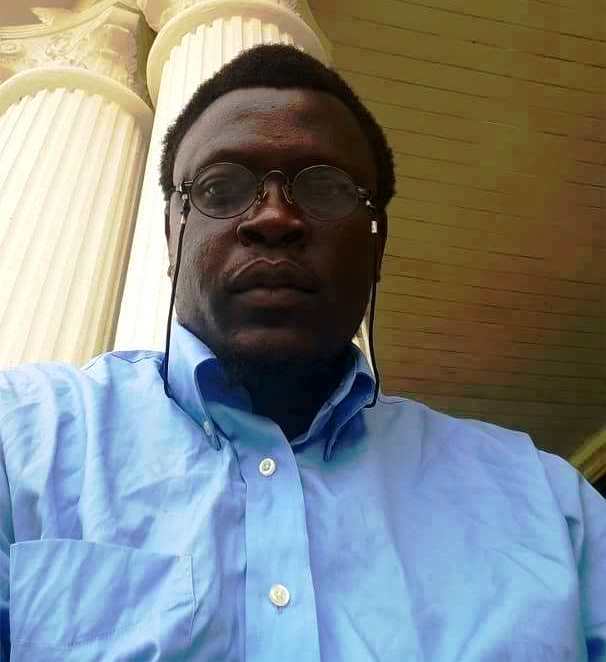 Ikoro Iyineleda is a university graduate of the Obafemi Awolowo University; with a post-graduate diploma from the University of Ibadan, and another post-graduate diploma from the Obafemi Awolowo University. He is also the bridegroom of The Pride of Machismo Renaissance, and the author of Masculinism. In addition, he is the founder, the grand patron, and the spiritual leader of The Fairies Confraternity (also known as Lords In Fairy Empires). Presently, he is pursuing a Masters degree in Business Administration at the University of Ibadan; and he works with the Oyo State Post-Primary Schools Teaching Service Commission.

2. To some, the word ‘confraternity’ might come across as a ‘secret cult’, especially here in Nigeria where very few know about confraternities and its way of operations, so how best can you describe your organization, its aim and functions to those with little or no knowledge at all about confraternities?

3. It is understood that your organization is membership-based. So if you do you have members already, then tell us, what do they do and what do they stand to benefit?

The WHO (World Health Organisation) defined human health in its broader sense in its 1948 constitution as “a state of complete physical, mental, and social well-being; and not merely the absence of disease or infirmity.” Being primarily made up of physicians, the WHO has worked hard to give citizens of the world better physical and mental well-being. But what about social well-being? What about those who have been excluded (via one means or the other, for one reason or the other) from the socioeconomic class to which they would ordinarily have belonged? What about the emasculated man who, to use the words of The Holy Writ, has been “cut off out of the land of the living” – cut off out of society, out of the socioeconomic class of which I speak? What about the rich that “sit in a low place” and the “princes walking on foot like slaves” of which Solomon wrote so eloquently?

It is for these men that I live and breathe. For they have never had any other, throughout human history, speak on their behalf before. And therefore, it is for these men that The Fairies Confraternity was founded. That social well-being that the WHO speaks of is what the Lords In Fairy Empires strives to give not only the emasculated man, but the homosexual man also whose social life has been crippled by acts of male homophobia – be it of violence, or of exclusion, or of discrimination, or of intolerance, or of more, or of less, or of worse.

The Fairies Confraternity also grants both emasculation and male homosexuality the arm with which to war against the vagaries of life. A certain holy book tells us that “in the multitude of counselors there is safety.” That multitude which The Bible prescribes for safe living is that which LIFE grants not only the emasculated man who ever from the very beginning has been cut off out of society, but also the homosexual man who has been excluded from a homophobic society.

4. I am sure you understand that Nigeria has laws which criminalizes activities such as yours, now, how do you intend to operate openly without jeopardizing the safety of everyone involved, and how will your organization contribute to the global fight against inequality especially as it concerns the rights of homosexuals in Nigeria?

For the time being, we cannot operate as openly as we would like to in a country like Nigeria – where, as you have rightly pointed out, homosexuality is a criminal offence. And therefore, for now, most of our activities are internet-based. Our pursuits – the different means with which we intend to contribute to the global fight against inequality, especially where it concerns the rights of homosexuals in Nigeria (be these pursuits academic research on male homosexual history, values, culture, and traditions; or the provision of scholarships, grants, and funds for male homosexuals in business, politics, and the academia; or whatsoever other pursuits) will be mostly carried out through the world wide web. While we cannot operate as openly as we would wish to, for now; we do recognize the words of Socrates when he said that “The wise who refuse to rule should prepare to suffer the rule of idiots.” And we refuse to suffer the rule of idiots who believe that male homosexuality is either a crime, or a sin, or a mental illness.

5. Some people might argue that it is discriminatory that your organization excludes other minorities such as Lesbians, and trans people, why focus on cis-men only?

First of all, lesbians are not a minority. The majority of post-adolescent female human beings (according to research I have carried out on my own, and based on information I have gleaned from other people’s studies) are either lesbian or bisexual. That’s number one. Secondly, lesbians do not need the arm that LIFE is offering the homosexual man. Throughout history (and in most cultures and societies) whereas male homosexuality has usually been persecuted, shamed, discriminated against, held in disdain – and even worse; female homosexuality has always been condoned, when not openly encouraged. In the United Kingdom, just half a century ago, whereas male homosexuals were considered criminals and hounded into prisons and jails, lesbians had the right to practice their own sexual proclivities – however homosexual it may have been. And, till date, that is the case in certain African countries such as Ghana. In Nigeria, both Bisi Alimi and Reverend Rowland Jide Macauley were hounded out of the country merely because they came out of the closet concerning their homosexual orientation. Yet, in this same Nigeria, Chidinma Okeke had lesbian videos of she and another female uploaded on the web – and she thereby became a star. In this same Nigeria, Uche Ekwunife had a video uploaded on YouTube of she and another woman engaging in lesbian sex – and she’s still politically relevant. I can continue to give a myriad of other examples of cases that prove the discrimination that male homosexuals suffer, that female homosexuals never face. I’m sorry to say, but I’ll say it ever again – lesbians in particular (and women in general) do not need the arm that LIFE offers both the homosexual man and the emasculated man.

When it comes to transsexual men, it’s unfortunate – they do suffer extreme discrimination, and they do need a lot of help. However, our organisation was built only for cis-men. It’s unfortunate. We may reach out to trans-people, and speak on their behalf; but they cannot be members of our organisation.

6. Some people may say that your organization aims to ‘recruit’ or ‘convert’ young men into homosexuality. How will you address and clarify this sort of understanding?

Actually, we’re neither “recruiting” nor “converting.” On the contrary, we’re asking all those who would either have a voice as male homosexuals, or be a voice for male homosexuality, to come join us. We believe every man has the right to indulge in whatsoever sexual orientation he wishes to indulge in. But we are enjoining every emasculated man, every homosexual man, every bisexual man, and every man of any other sexual orientation that however believes homosexuality to be one of the cardinal virtues of true manhood to come and be a part of our values, our creed, our institution, and our organisation.

Follow: http://www.thefairiesconfraternity.org to learn more about The Fairies Confraternity.

- November 26, 2020
TAGS ConfraternityEmasculated MenHOMOSEXUALITYIkoro IyineledaNIGERIAThe Fairies Confraternity
NEWER POSTMother’s action shocks criminals who tried to blackmail her gay son
OLDER POSTLGBTI activists at risk of burnout; what can we do?