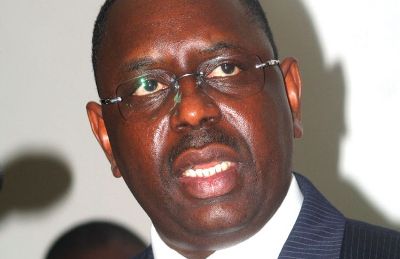 Sall made the statement in response to criticism of a point on secularism in his draft constitution, which will be put to a referendum in May. This has led to fears that it will lead to the legalization of gay sex in the Muslim-majority country.

But he called an extraordinary meeting of his cabinet Sunday (29 February) to allay such fears.

The Senego website reported that Sall in effect said:

‘Never, under my authority, will homosexuality be legalized under the Senegalese sun.’

He then told his lieutenants to spread ‘the good word’ to religious centers across the country.

‘Acts against nature’ are illegal and punishable by up to five years in prison and fines of up to US$2,500 in the former French colony.

Eleven men accused of having gay sex were arrested in December. And in August, seven men were jailed for six months after being caught having sex during a police raid.