Nigerian man: “I almost cut off my penis so I could stop being gay” 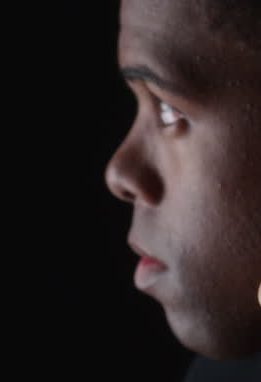 A Nigerian gay man struggled terribly with accepting his sexual orientation, and at some point, tried to cut off his own penis.

Ibe, told NoStrings that even though many people do not know that he is gay, he feels really different and so, isolates himself.

Ibe said that he has always felt that being gay is wrong and so wishes to change. But everything worsened when he met a so called christian prophet who convinced him that there was something special about him. He said;

“I was told by a prophet that there is a light on my head, and that I am going to be a very powerful prophet”

After hearing this, Ibe said that he became so worried that his sexual orientation could stop him from getting close to God, and possibly, also stop him from being a prophet, and so decided to do something about it. He said;

“In a bid to fight my homosexual feelings, I went to different places for deliverance including an occult grandmaster who is now a Christian but still no deliverance came”

After so many failed attempts at trying to change his sexual orientation, Ibe said that he became so frustrated and depressed, and felt that the only thing that could take away the feeling was to completely cut off his own penis. He said;

“I planned a lot. At first I planned on cutting my penis but my conscience couldn’t let me. I wanted to kill myself”

So far, nothing has changed for Ibe, as he still identifies as gay. He said;

“I so love my fellow man. Sometimes I want to live with one”

Ibe said that he is currently struggling with school and needs help. He said;

“I need to get a job that can fetch me enough money to register for my exams, but getting a job has been very tough for me”

Internalized homophobia which is largely promoted by religion and the larger society, is one of the many reasons why many gay people become frustrated and depressed. Evidently, there has been an increased number of recorded cases of LGBT persons who commit suicide, especially when they are constantly told that being gay is a choice, and then later realize that change is impossible.

So many research studies have proven that being gay is perfectly normal, and that one cannot change their sexual orientation.

Also, a homosexual person can be whatever he/she wants to be, as a person’s sexual orientation only makes up a small percentage of who they are as sexual beings. Gay people are therefore advised not to focus so much on only that aspect of their lives.