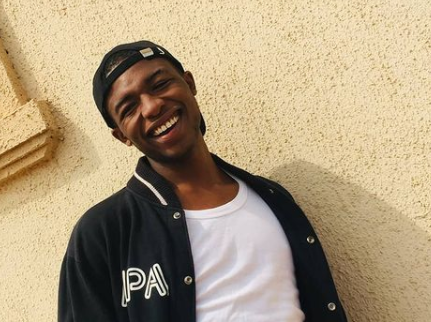 The teenager gained online popularity after a video of him dancing in a manner that some might consider ‘womanly’ went viral.

The viral video which attracted millions of views, showed the teen publicly dancing carefree in school uniform to the amazement of fellow students who did nothing but stare at him.

Since the teenager gained online relevance, he has been consciously creating content that highlights and reflects the everyday reality of LGBTIQ+ folks in the country.

Most of his content shows him dancing unconventionally in public spaces to his favorite songs, and in some cases, a short video telling an impactful story laced with some bit of queerness.

Like in one of his videos, he highlighted the dangers of being bisexual and maintaining a secret relationship with multiple partners, a behavior that is very common with most bisexual people.

No doubt, it can be seen that the young man is courageous and clearly on a mission to make a mark for himself in a society where queer folks are often condemned and persecuted for looking and being different.

Despite the negative feedbacks that he has been receiving, while speaking to NoStringsNG, the teenager acknowledged his commitment when it comes to creating queer-related content.

He said: “This is what I want to do. I don’t care what anybody says as long as I am not committing any crime or breaking any law. I just give them a blind eye and let them say what they like. I don’t let it get to me”.

Itisbobby’s content is indeed a breath of fresh air for a lot of queer Nigerians who want to see their realities highlighted in the media, especially as much of the content shared online these days are either homophobic or promotes heterosexuality as the only valid sexual orientation.

Itisbobby’s content is not only entertaining but impactful and has layers of deep hidden messages that queer people can unravel and relate to.