Are gay people sleeping around and generally promiscuous?

Often, when people think of queer people in relationships the misconception, even within the community sometimes, is that it is constant drama, make-ups and break-ups, cheating, and loud nights in the club followed by lonely mornings in bed alone. 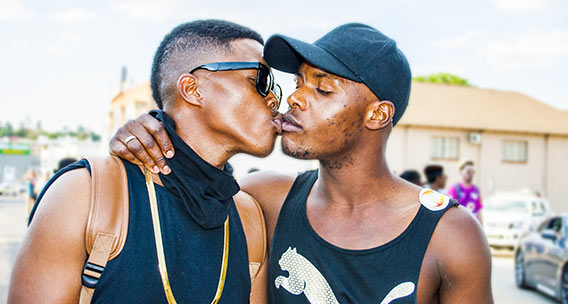 Pictures for illustrative purposes only.

Granted, this is the case with some people embracing ‘hoe is life’ but it’s not the reality for all.

Within the LGBTIQ-community, there are many couples who have been together for long periods of time.

Same-sex couples on the continent, who, despite all the barriers, have property together, children together, lovely desi weddings, and functioning households with a proper division of labour. During my tenure as a curator of queer love, I have heard of relationships lasting for periods as short as 5 mins to ones lasting as long as 20 years.

Homophobia: the base of misconceptions

However, there is a notion within society that queer love doesn’t last as it does with heterosexual couples.

When asked about the reasons for this perception of queer relationships, Dr Anima Adjepong, an Assistant Professor of Sociology, cited the reason as: ‘homophobia says there’s something implicitly wrong with those relationships and so they can’t last. This can both from the broader society and be internalized from the perspective of the people in the relationship, who self-sabotage. Same-gender or queer relationships probably are no longer or shorter than heterosexual relationships. But we live in a homophobic society that overly surveils queer folx. This surveillance, as well as judgment, shaming, and other forms of violence, doesn’t provide a nurturing space for these kinds of relationships. So many queer relationships start in secret. That’s already a lot of pressure and not enough room to proceed organically. If you can’t tell your closest circles about your new bae that can be rough.’

As the good doctor points out, what makes these relationships different from their heterosexual counterparts are the societal barriers such as homophobia, fear of persecution, and a lack of family support and networks. History is littered with scores of ‘friendships’ that, on the surface, looked platonic but were actually long-term relationships in disguise.

Many queer couples, especially older ones, had little to no examples for queers couples to follow. So they had to create and construct their relationships in their own ways. This comes down to figuring out things like gender roles and other determining factors that affect relationships, whilst also figuring out how to navigate their love safely within potentially dangerous societies.

Should we move in together, what does having a child look like when one parent won’t be recognized?

Couples I spoke to ranged from 2 to 12 years in love. Each had their own tips and tricks for staying together.

One couple based in Nigeria spoke about the need to have mutual respect for each other and strong friendship. What also had kept them afloat for 7+ years was accepting each other’s imperfections and letting yours be accepted.

A Kenya-based couple that has been together for 9 years said one of the key components was honesty, especially in terms of what they wanted from each other. Deciding it was for the long haul defined each and every decision, encounter, and plan that the couple made, both separately and together. This was coupled with a deep understanding of how each was wired.

Queer healthy (sometimes boring) couples do exist, however often this fact is either erased or ignored.

The depictions of queer people as wild and promiscuous dominate ideas of queer intimacies. But this is only part of the story, sometimes a very small part. All around the continent, there are queer couples who have been in long-lasting, and sometimes very boring, love.