Fire Will Shoot Out From Your Buttholes – Crazy Pastor Tells Gays 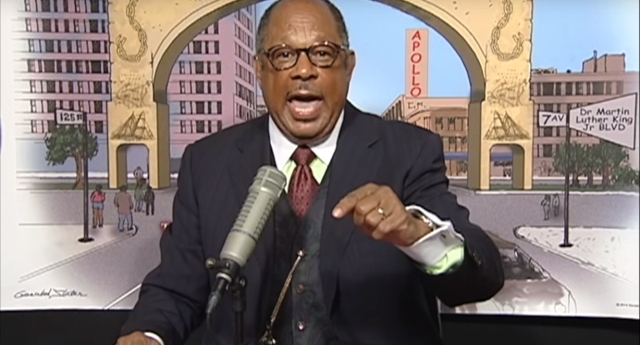 A notoriously crazy anti-LGBT pastor in New York has dubbed himself the ‘Sodomite slayer’, and claimed that God will make fire shoot out of gay men’s bums.

The religious preacher warned gay people that he has a prophecy from God… and they might not like it.

“If you are a sodomite, God’s going to have a flame coming out of your butthole!”

He added: “You ain’t seen nothing yet until you seen a flaming butthole. Thus sayeth the Lord almighty to every sodomite and every sodomite sympathiser.”

He continued: “The next time you get poked in the butt, a flame, when that man pulls that penis out of you, a flame will shoot out of you!

“You think AIDS was bad? You ain’t seen nothing yet! Thus sayeth the lord! I’m the lord’s servant! I’m the sodomite slayer!”

“Tell these faggots, either they get outta town or flame and fire gonna come out of their butthole.

“And anybody that sympathizes with them, they gonna have a flame shooting out of their vagina.” He concluded.

It’s definitely not the first time that Pastor Manning has made a surreal claim.

The pastor famously claimed that coffee chain Starbucks makes lattes with the ‘semen of sodomites’.

Manning insists he has “proof”, claiming: “What Starbucks was doing, is they were taking specimens of male semen, and they were putting it in the blends of their lattes.

“It’s the absolute truth. They’re using male semen, and putting it into the blends of coffees that they sell.

“My suspicion is that they’re getting their semen from sodomites. Semen flavours up the coffee, and makes you thinks you’re having a good time.”

It’s just one of his many conspiracy theories… most of which seem to revolve around gay sex.

According to Manning, five of the justices of the US Supreme Court only voted in favour of same-sex marriage because the justices were “blackmailed” by their secret gay lovers.

He has repeatedly insisted that Barack Obama is a homosexual, predicting that Vladimir Putin would Barack Obama as a gay man.

What do you have to say about this man’s statements? Leave your comments in the comment section below.