Last month, a video showing Kachi being severely beaten and paraded naked by a mob in Bayelsa trended on the internet. The video attracted mixed reactions from many people who condemned the actions of the mob and demanded that he should be freed.

It was later learned that Kachi who many say is a police officer, was apprehended by the Nigeria police.

A report by a Bayelsa-based human rights organization, that attempted to provide support, revealed that the police were demanding N10, 000, 000 (ten million naira), that’s about $24,884.00 before he can be released, and that they used the opportunity to lure and arrest other gay people.

The account posted the caption ‘BIG KACHI +1’ with a photo showing him in colored outfits standing in front of a new car with the keys in his hands. 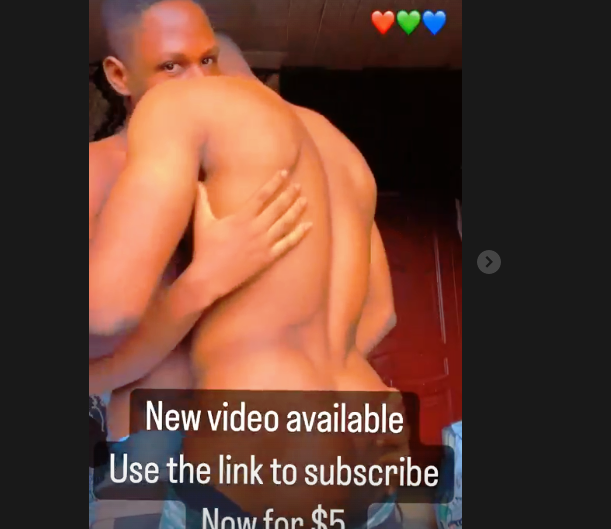 A screenshot of one of Kachi’s recent promotional videos on Instagram Story.

Clearly, this young man wants to do his business, and it is pretty disappointing that the Nigerian society is bent on frustrating his efforts.

It should be noted that homosexual activities are criminalized in Nigeria, with offenders risking death and 14-years jail term – something that many human rights organizations/groups both internationally have condemned and say is unconstitutional, given the fact that homosexuality is a valid sexual orientation.